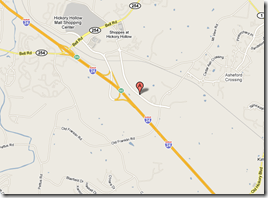 While many of us were trapped in our snug little houses with our out-of-school kids, Mayor Karl Dean was speaking to the Nashville Rotary club, offering up all sorts of tidbits for consideration. As Joey Garrison reported in the City Paper, Mayor Dean reiterated that he was giving the fairgrounds conversation a “time-out” , but then proceeded to list the same talking points that have been used along the way to justify the redevelopment of the historic area on the hill.

As has been his tendency of late, he again pulled out the Bell’s Bend controversy to justify the fairgrounds as the optimal location:

“You had proponents saying that we needed to develop this space to compete with Cool Springs to grow our tax base,” Dean said. “You had opponents saying, ‘Yes, we need economic development, but not in a location that takes away green space, lacks necessary infrastructure and with neighbors that don’t want it.’

I can think of a few locations. Of course there has some continued work along the I-40 corridor in Donelson that seems to be supported by area residents. I am sure that there are locations along the I-24 corridor to the Northeast of town as well. But his question interests me as a now former resident of Antioch who spent some time thinking about the development of Cool Springs (especially as it impacted the Hickory Hollow area) and who has wondered why there was so little effort on the part of the Chamber and the Mayor’s Economic Development office to encourage development in the land along the I-24 corridor between Bell Rd. and Old Hickory Blvd. Most specifically, I watched with amazement at the Crossings Blvd area which was ripe for type of office community being mentioned for the Fairgrounds sit empty and underutilized. I also knew that the owners of the property west of I-24 (the property behind Target in particular) were completely open to development should the right project come along. Here is an area that has some of the same infrastructure as Cool Springs, is as close to the airport as any area of town, and has a population that wants to move out of decline. This property is fairly close to being shovel ready, and while there is a concerned citizenry, there is a desire to see things that will bring economic growth to the area.

But then again, I’ve read reports recently which suggested that the downtown area has a large inventory of empty office space which might be utilized for corporate relocation. Of course, businesses these days don’t want to locate in an urban area with the headaches of parking and transportation issues, so some creative use of transit might be called for.

However, I think in the long run the bringing not of May Town but of Cool Springs as a justification for redvelopment is in fact a smoke screen in itself. Here is the reality we live with – companies that are seeking to relocate WANT to be in Cool Springs because it’s in Williamson County, a location that is known for having stronger schools, is friendly to business, and doesn’t have many of the difficult issues associated with being an urban metropolitan county.

The issues that we face in encouraging corporate development aren’t really about land. No, the issues are structural – schools that have greater challenges (increased poverty, ethic diversity, etc.) which puts them at a competitive disadvantage to the wealthy surrounding counties; higher population density and issues of poverty as a whole; and the list goes on. Sure, location is important but the main reason that this location may appeal to a corporation seeking relocation is the somewhat close proximity to I-65, allowing those workers (who are supposed to be the expanding tax base) to make their mad dash back to the Williamson County suburbs.

There are indeed all sorts of places within the county limits that could meet the challenge of providing additional land for redevelopment – but simply having the land won’t address the issue. It’s only when we start taking seriously the structural issues we face as a city – issues that seem to slip by the wayside because they require difficult conversations and hard decisions – that will give any of these locations – be they Antioch or the Fairgrounds – a chance as success.